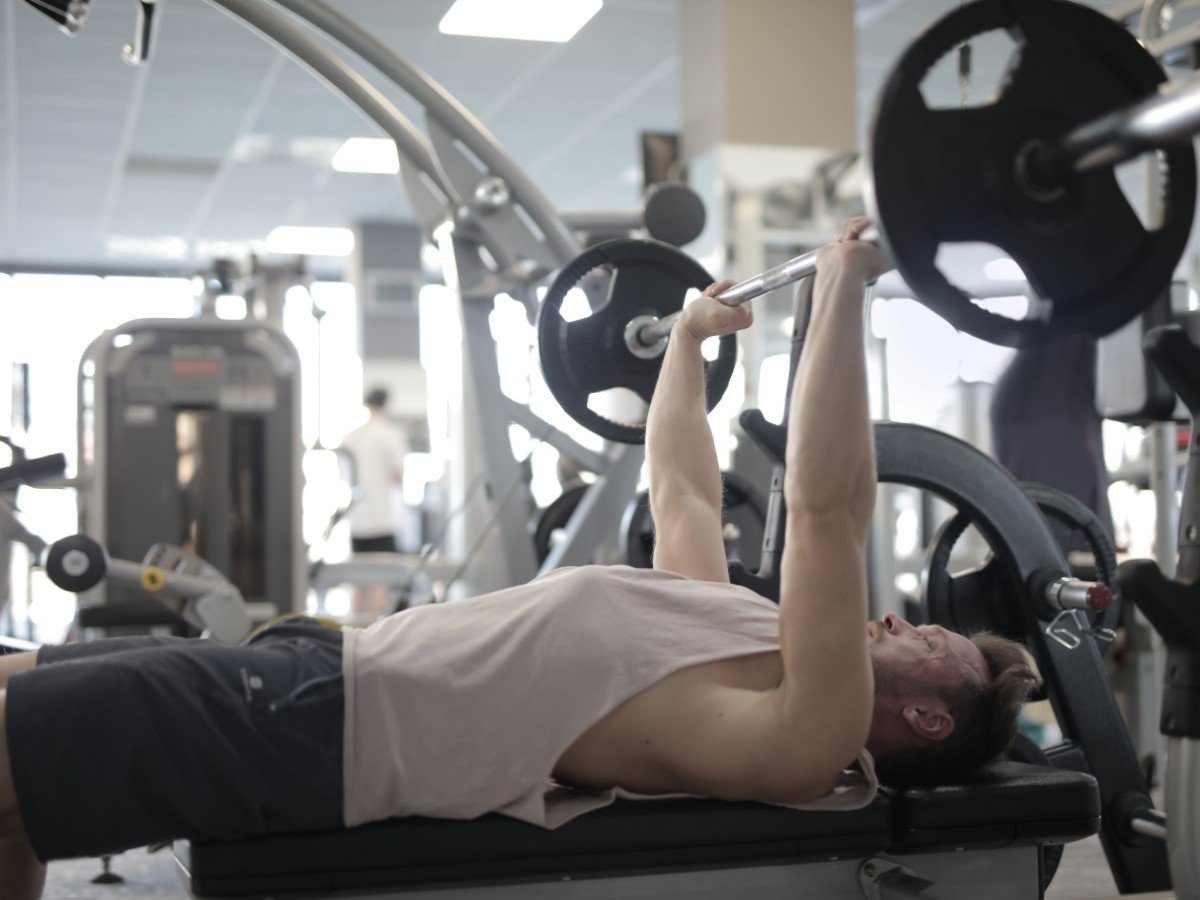 I don’t specifically remember the moment I was first told I was fat. I was definitely a kid. I definitely disagree looking back on it as a thirty-five-year-old. I remember a specific instance where my mother, someone who struggled with her weight, told me that I was chubby (or something similar) and used her father as an example. I remember her talking about looking down and not seeing your feet as an example of being too big.

As I analyze that moment, I wonder if those conversations didn’t establish an identity of being overweight in me. Recently, actor Ethan Suplee has gained a lot of fame for shedding over 220 lbs and looking completely jacked. On his podcast American Glutton, and in many other interviews, he tells the story of his grandparents putting him on a diet when he was a child and how that established patterns in and behaviors in him that he feels controlled him for most his life.

In other words, the good intentions of loving family members built an identity and response to the topic of weight loss that fueled weight gain. If I look back at my mother and her behaviors (I have to assume I model those behaviors today because that’s what happens when you’re a kid: you learn from your environment), I think about her saying she was going on a diet and binging the night before only to give up on her diet that week. I think about the eating habits we had (which honestly weren’t different from many American homes in the 1990s) like fruit every meal, but fruit coming from a can soaked in high fructose corn syrup, and we’d drink the syrup. Or steamed cauliflower served with Mayo to make it enjoyable.

I was an active kid. I lived outside on my bike or playing Ninja Turtles in the backyard (I was Donatello, obviously). We played T-Ball. We actively played basketball. In Junior High, I played Baseball. In High School, I wrestled in addition to mowing lawns every day. Still, all around me, there was this culture of referring to me as “Big Phil” or talking about how big I was.

When I was 16, I was living in Utah with my Aunt and Uncle. My Uncle’s mother, Grandma Olga, stopped by the house one day and just announced that I was probably too big to serve a mission. In Latter-Day Saint (Mormon) culture, it is anticipated that you will serve a two-year full-time mission wherever the church calls you to serve. It’s a right of passage and something I’d always looked for. I remember this creating a tremendous amount of anxiety in me. The church is self-insured, and with big guys blowing knees out, they had height/weight limits on who could go out. That’s all fine, but why was someone talking to me about this right now. In reality, by changing my environment and moving to Utah, I’d dropped from 317 lbs in Oklahoma to a lean 240 when I wrestled in that same year. No one talked about that.

No one coached me on my eating habits or nutrition. No one gave me a weight training program. I was left to wander in the desert on my own and figure it out. Sure enough, I applied to go on my mission, and I was denied because I didn’t meet the right ratios. I weighed 288 lbs, and they wanted me under 265 for my height. I worked for a year at losing weight and couldn’t do it. I passed down jobs, missed a year of school. My family made comments and judged me for the decisions I made.

I remember one time, on my birthday, I went to a pizza buffet with a friend at work. I came home to my cousin’s wife attacking me for eating pizza while trying to lose weight and questioning my commitment to serve a mission (I don’t think she was even an active member of our church at the time).

Fast forward to 2012. I moved to Arizona for work, and my buddy Nate Baker let me tag along to the gym. He gave me a workout regimen that made sense and was easy to follow. I dropped thirty pounds from 406 to 370 or so within a few months, and I started to get praise from some of the people I worked with. It felt great. I had guidance. I had positive reinforcement. That all helped. I continued this process and got in the best shape of my personal life by 2016 where I can say I although I was still heavy at 365, I was pretty muscular and could do flyes on the machine with the whole stack:

I felt powerful and strong, and I loved everything about where I was in life. As part of my diet, which really consisted of a lot of hearsay and things I’d read in multiple books on the subject, I would allow myself a cheat day to spike my insulin and give myself greater restraint throughout the week. I remember posting a photo of myself with a box of donuts.

A man I’d worked with professionally made a comment that offended me deeply, “Where is your restraint? Do you have no willpower? You’re going to die!”

This is another case of someone with great intentions doing the wrong thing at the wrong time. He didn’t know my health was perfectly fine and I was actively metabolizing about two pounds of fat a week at the time with the most consistent exercise I’d ever done in my life. He just saw something that looked extreme to him and decided to shame me was the best course of action.

I responded and he removed his comment and I don’t talk to that person anymore. I felt he’d crossed a line.

But this nonsense has been going on my entire life. People assume my weight is a result of willpower of discipline. It’s not. Anyone who knows me knows I’m as stubborn as they come. If I’m committed to something, I’m going to do it; that is to say, everything but weight loss.

Why? Why is that one thing so difficult for me?

I believe it’s because it was embedded in me as part of my identity and that is hard to change.

I also think that, as previously discussed in other posts, my weight was a way of protecting myself. So in the times when I felt secure, I had no problem losing weight but the times I didn’t I would put myself weight on as an unconscious response to protect myself.

In this chapter of Atomic Habits, Clear discusses how Heroin addiction in the military during Vietnam was a big problem with almost 20% being addicted at the time, but the vast majority returning home to never relapse. Why? Environment change and hiding and removing cues that produce the habit.

What changed when I dropped to 240 as a Sophomore wrestler? I moved to Utah and my identity wasn’t tied to my weight. The cues changed. My activity improved.

What happened when I gained the weight back and some? I returned from my mission (they ultimately let me go despite not having met the weight requirement and I had no problems with my knees or weight as a missionary). I was in an environment that triggered eating as a coping mechanism for some really bad heartache and depression that came from feeling betrayed by several girls I was seeing in a row. My old habits came back to protect me.

What happened when I dropped that weight again? I moved to Tempe and established new habits with my buddy Nate. That weight continued to stay off even further down the line to Santa Fe where I was lifting regularly.

What happened when I moved to LA and put on even more weight? Even more heartache and betrayal from another woman I loved.

What’s changed now? Stability in a relationship and a deep understanding of nutrition and how the body actually metabolizes fat.

Will power and self-control are not long-term solutions. Habits are. That all starts with our environment and establishing healthy cues and removing unwanted cues. Just like I had to learn sales by removing the XBOX from my room and handing it to my friend Payden so I would focus and read the sales books I’d been given, we have to obscure unwanted cues and cover them with cues designed to get us the result we want.

As Clear points out in Chapter Seven of his book, “….”disciplined” people are better at structuring their lives in a way that does not require heroic willpower and self-control”.

If you’ve struggled with addiction, letting go of some unwanted habit, or creating new habits, stop beating yourself up over willpower and self-control. Focus on designing your environment to encourage the behavior you want.